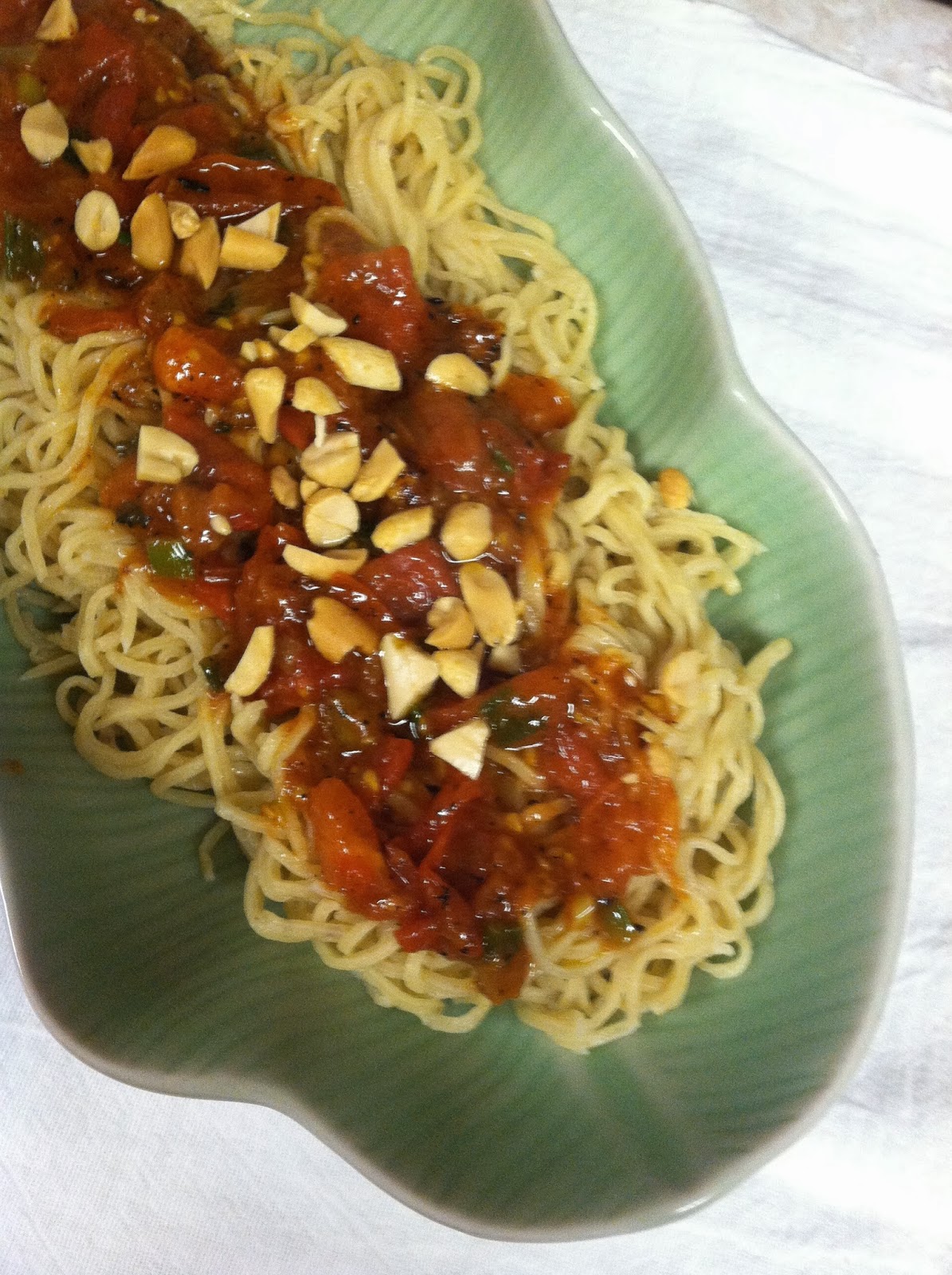 I am still in the infatuation phase with my pasta machine, and I have posted enough pasta experiments to now see the pattern: Find an odd ingredient, and see if I can make a noodle with it, and then improvise something to put on the noodles. I have been wanting to make a thousand different kinds of pasta all at once, but what works at the moment is just making a small experimental batch with what's on hand. So I have been thinking about adding peanut butter to the dough, just to see if it could hold some flavor, stay together long enough to roll out, and then not be too peanut buttery to hold together when boiled. I found no recipes on line of actual peanut noodles. All I found was noddles in peanut sauces.

In the Deetz family, we grew up eating BLT sandwiches with peanut butter spread in them. I would say most people trying this have been converted, or at least come to understand it. Recent discussions with siblings have clarified that my mom never gave them to us with the L, just the bacon and tomato and PNB on toasted bread. So this morning I decided to give a similar set of flavors a try. I made a basic pasta dough with added peanut butter, and then sauteed down some cherry tomatoes in some bacon drippings I had left from breakfast. I added a few sliced scallions, and chopped some whole peanuts to sprinkle on top to add texture.

I kind of snuck up on the dough, and ended up adding more PNB and more egg than planned. I got a nice ramen sized noddle with a nice nutty taste.

Put flour into a bowl, and crack in both eggs. spoon in peanut butter, and stir until you get some clumping. I used my fingers at this point and squeezed the crumbly bits together until they all held together nicely. I kneaded it a few times on a very lightly floured surface and then covered it with an inverted bowl and let it sit for about 15 to 20 minutes.

I set up my pasta machine (hand cranked) and rolled the dough out, starting at the thickest setting and moving thinner. Then I chose the thinnest cutter setting and ran the dough strips through, putting the ones I could keep untangled onto a drying rack, and bundling the rest in little piles. I would say I cooked about half of what I rolled out for the following sauce/dressing. 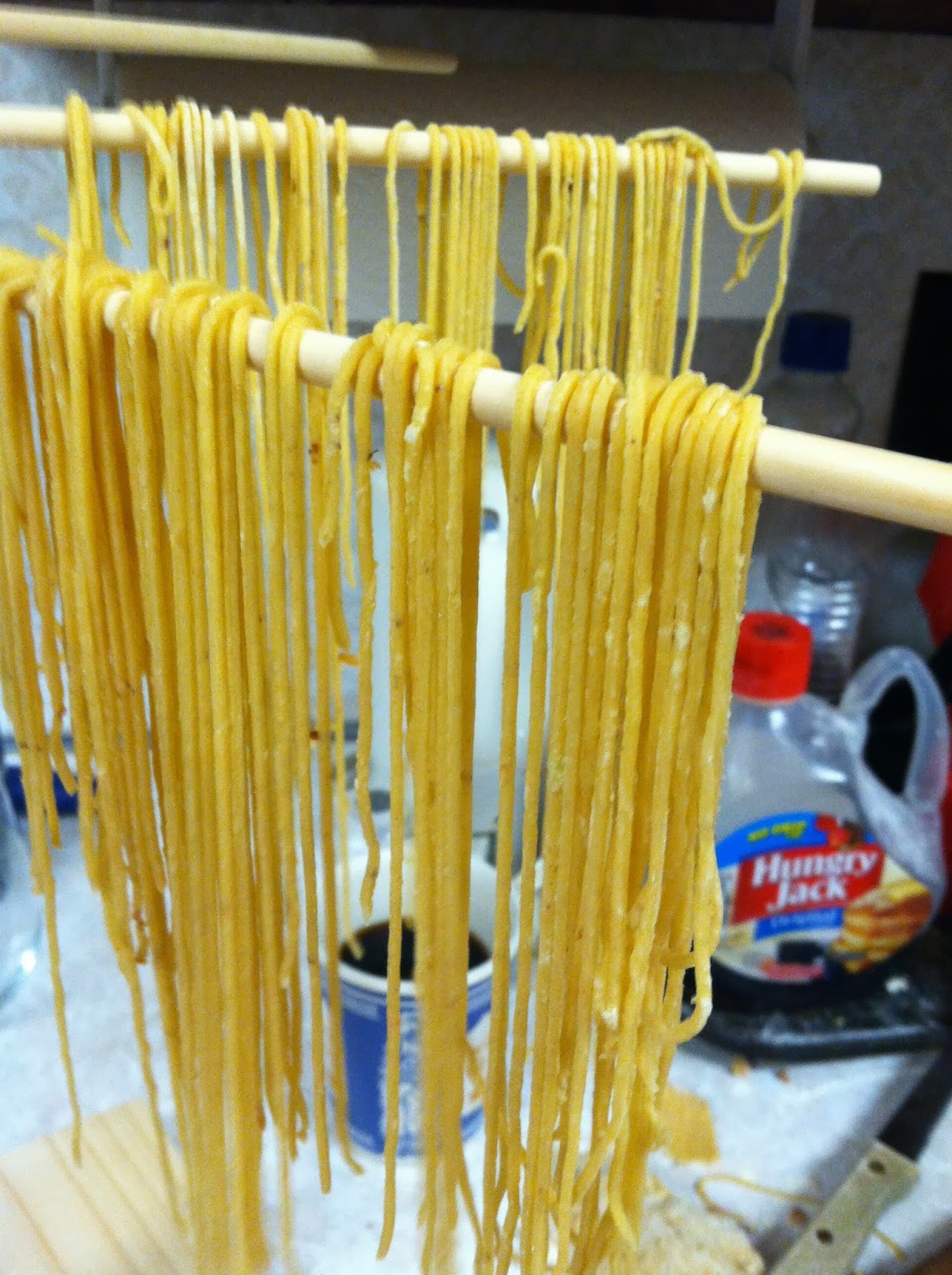 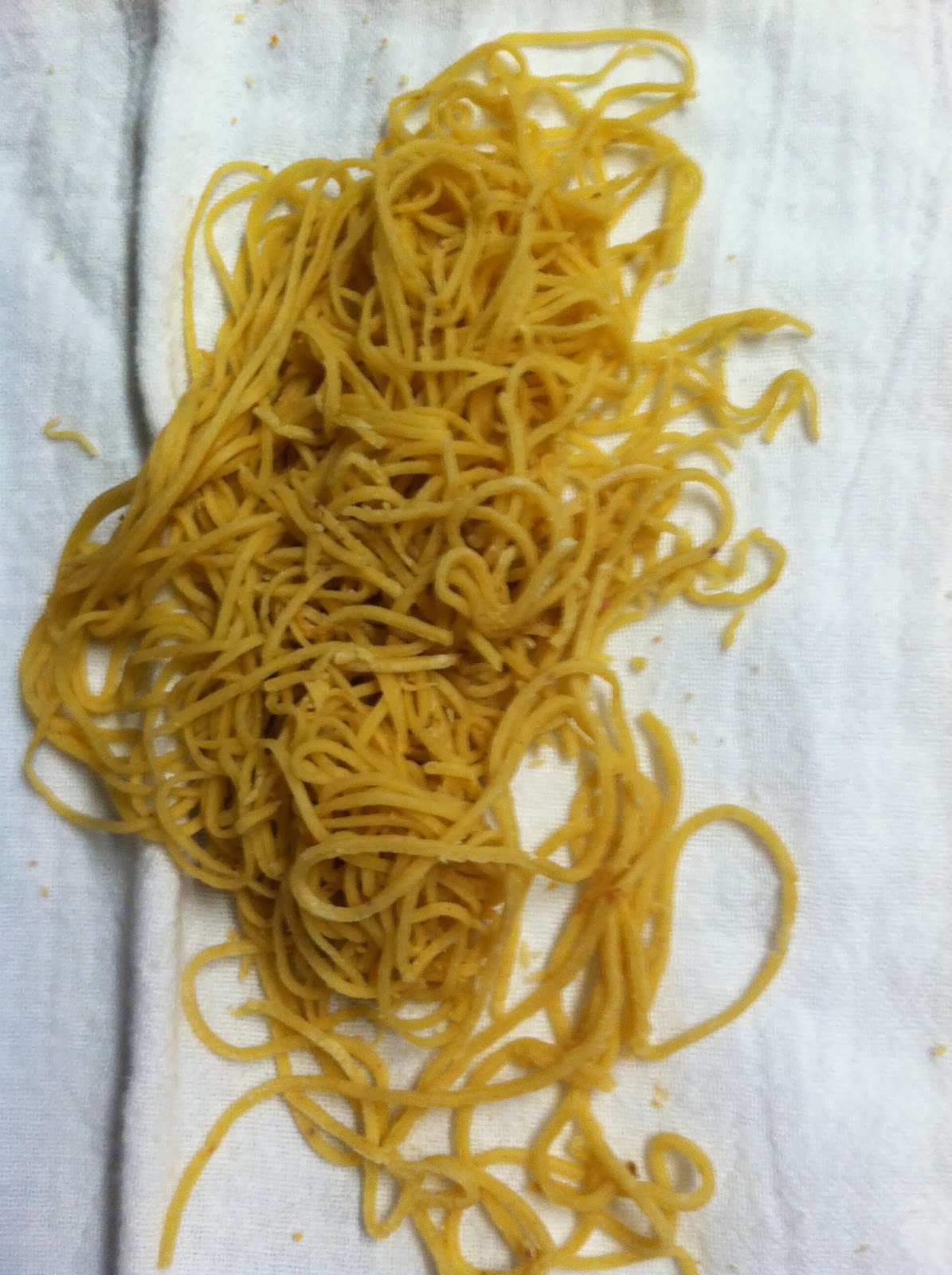 I like a small amount of sauce on pasta, and this to me seems almost more like a dressing, maybe because it reminds me of bacon dressings for salads. 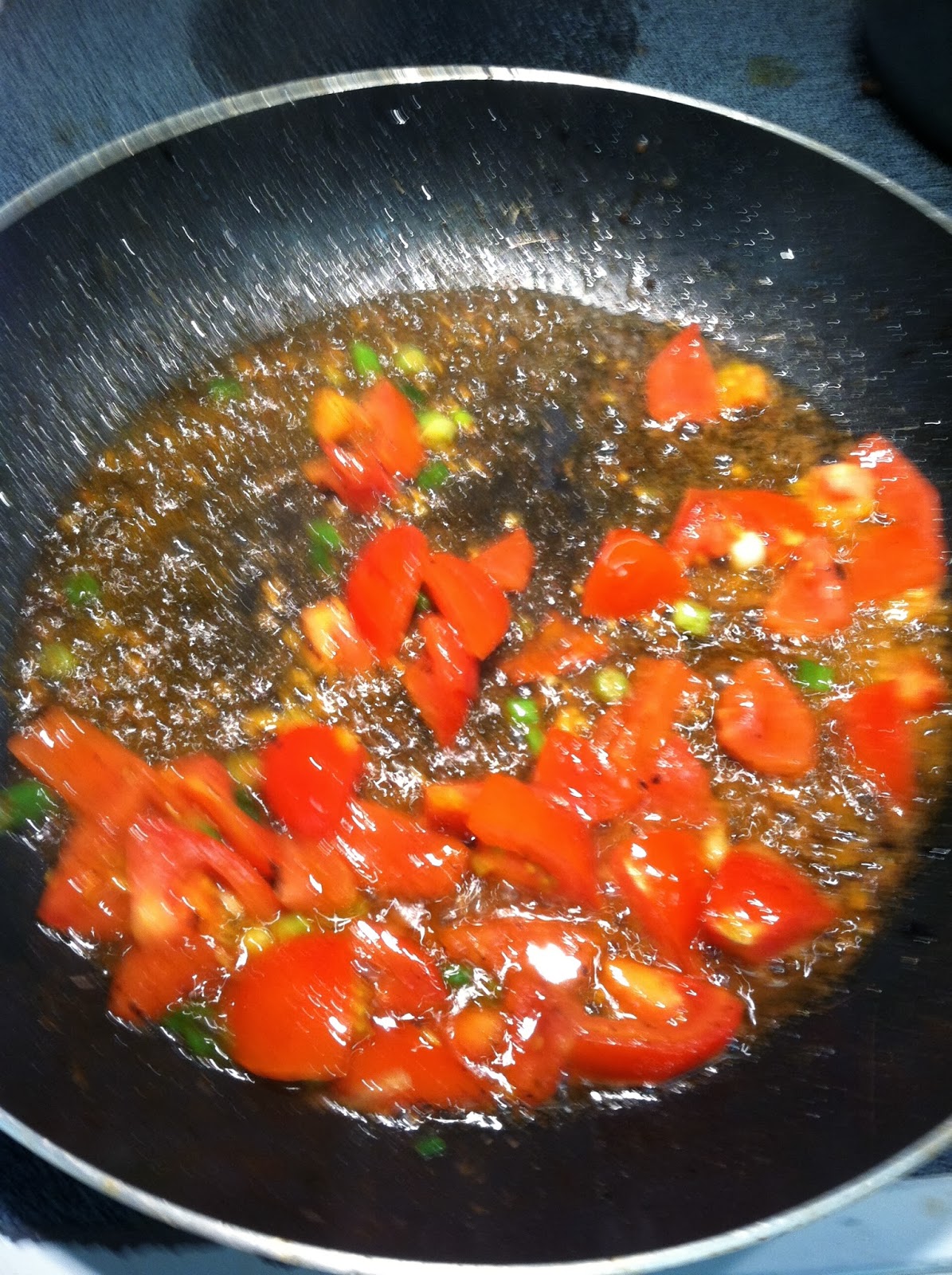 I heated the pan with the bacon drippings, and added the tomatoes and scallions, and a little salt. I sauteed them until the tomatoes softened up and made a saucy consistency.

I cooked the noodles in salted boiling water for about a minute, drained them and put them in a serving dish, topping them with the tomato bacon dressing and sprinkling with the chopped peanuts. I tossed it all together to serve, and the little crunchy bits of peanut were really nice with the nutty peanut noodles, and the more acidic tomatoes. The noodles actually held the peanut butter taste quite well, and reminded me of noodles served in an Asian peanut dressing. I would do this again, and also add some crumbled bits of bacon.